How to Become a Blockchain Developer

How to Become a Blockchain Developer 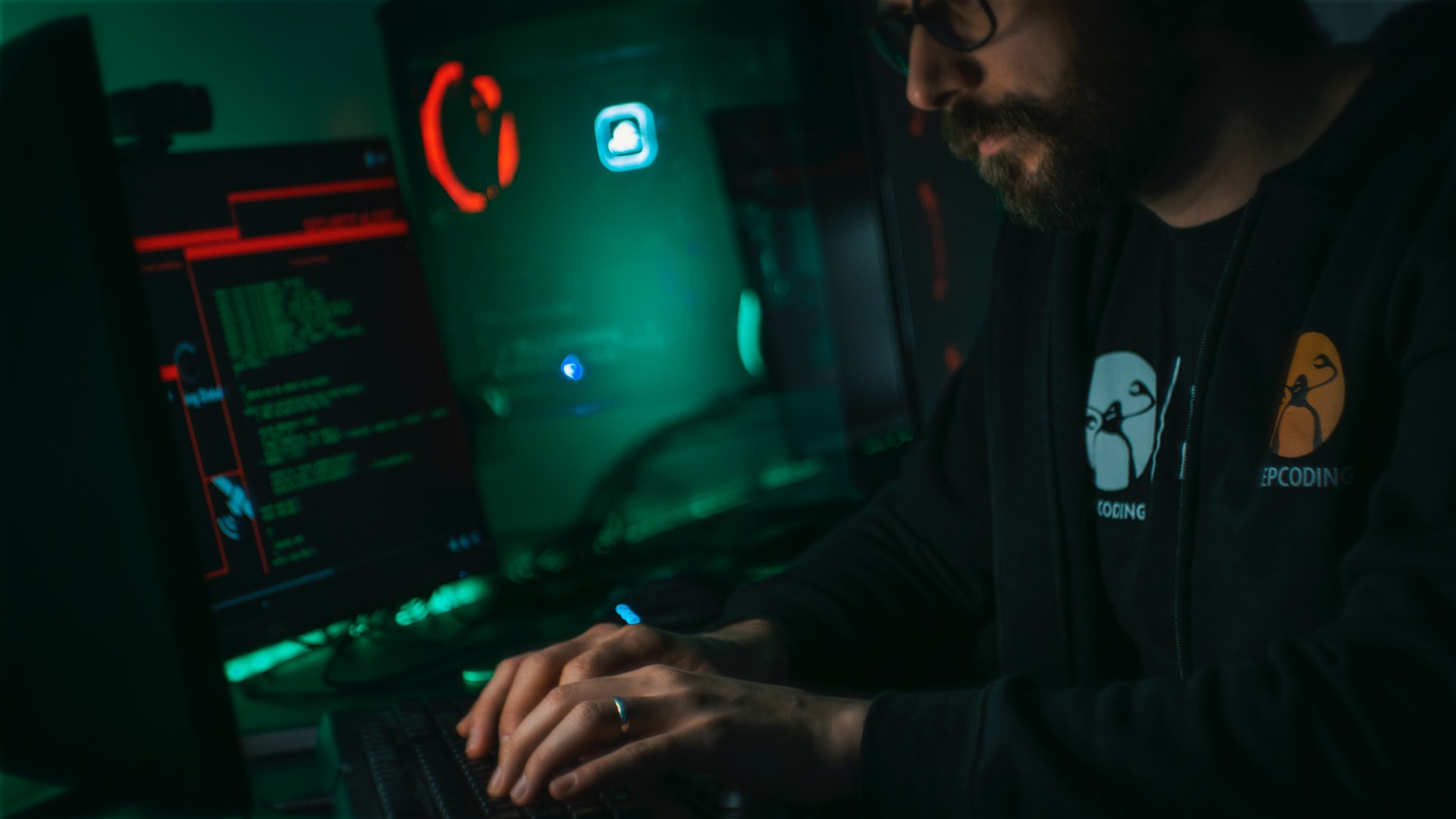 Blockchain is one of the fastest-growing sectors of coding development right now so learning how to become a blockchain developer can be a crucial career move. With the boom in popularity of cryptocurrencies and blockchain projects in 2021, numerous developers want to know how to move into this promising field.

However, blockchain development is different than normal software work since you’ll be working on a distributed network instead of an isolated environment. This guide covers how to handle those changes while also helping you find the right resources to learn concepts and techniques from.

Why Become a Blockchain Developer

The simplest answer to why you might become a blockchain developer is the recent growth in blockchain adoption. While many companies don’t currently have a blockchain ledger as part of their services, many look at the automation and recordkeeping potential of blockchain as a helpful tool. Learning how to maintain a blockchain could help with future job security.

Speaking of job security, blockchain is still growing. Many fresh coders and developers want to get into the space, meaning they will need help or resources to learn how to code for blockchain ecosystems. Someone with expertise in that arena could have a good side hustle teaching younger coders about blockchain.

Finally, the pay for blockchain developers is good. The median salary in the United States for this position is about $144,000 per year, which is more than enough for a comfortable lifestyle. Since blockchains use many of the same coding languages as other software projects, an interested developer with coding experience could hop over to a blockchain position with practice.

Understanding how these peer-to-peer networks work and the consensus model that keeps those peers working on the same chain, will give you a solid foundation for building up blockchain projects.

Cryptography refers to how two or more devices can communicate securely. More specifically, it refers to the creation of obscured messages that can only be read by the reader and sender of the message.

These types of protocols are most famous in blockchain development for the creation of cryptocurrency. So, concepts such as hash functions and block ciphers will help you understand how transactions are handled by the blockchain.

Blockchains work similarly to a database. The distributed ledger holds all the transaction information, while cryptography creates the transaction medium as well as the security for the system.

Both of these facets of blockchain mimic the distribution and security protocols other types of databases rely on to function well. So, research or tutelage on database structures can help a new developer understand how blockchains work.

Thanks to the range of functions and purposes a blockchain system can fill, several coding languages will help a developer with their coding work. Here are some examples of those languages and what they would be used for:

You’ll find many early blockchain development worked using C++, a coding language created back in 1985. Projects like Bitcoin and its forks, as well as Ripple and EOS, used this coding language.

C++ is an efficient language for CPUs to process. The language has an easy time running both parallel and non-parallel processes and can identify distinct code from different data structures.

Created by Microsoft as a substitute for other languages, C# is an open-source language that sees use in many enterprise solutions and cross-platform projects. It features a mix of functionality from other languages like C, SQL, and .NET.

If you’re familiar with C++, you’ll have an easy time picking up C#. The syntax for the language is almost identical to C++ and blockchain-focused Java.

While Java is most known for its use in Android development, this coding language works well in blockchain development on the backend. The language is derived from the C coding language but features faster memory cleaning and a huge range of available libraries to get projects up and running.

So, for developers working on advanced smart contracts or dApps, you can expect to see some Java in your future.

PHP ends up in many blockchain projects thanks to its huge open-source community and in-built features. Its main focus nowadays is the mobile market, meaning that not using PHP can leave out a large chunk of online traffic right now.

The coding language first came out in 1995. It saw some use in Bitcoin development, but most modern blockchain projects have PHP coding as well.

Python is the common language used for app and IoT development but recently started to break out in the blockchain-as-a-service sector, too. The language offers access to a dynamic coding structure that works on both base and scripting procedures. Overall, Python is perfect for testing and prototyping code before implemention.

Plus, Python is open-source and has an active community supporting its development.

Ruby is a general-purpose coding language that sees plenty of use in Asian dev companies for blockchain work. This coding language also helps with prototyping concepts like Python but also includes APIs and plugins that help streamline the process.

These features make Ruby great for developers changing over from other dev work to blockchain development.

While the Rust coding language is relatively new, it offers innovative and secure solutions for blockchain development. In addition to optimizations in things like memory usage and code usage, Rust also allows blockchain developers to create frameworks to build their projects.

It’s possible to share these frameworks between instances, improving efficiency when it comes to exchanging code between developers.

Simplicity is a blockchain-focused coding language created in 2017. Based on the Ivy language, Simplicity uses a syntax style called Haskell syntax to improve coding writing efficiency. The code itself is more mathematical, making it easier to read and understand as a human developer.

High-level smart contracts and other blockchain architecture use Simplicity for their code lines, including newer Bitcoin features and Ethereum Virtual Machine.

Part of this favoritism comes from Solidity’s developer-friendly features and access to coding libraries to use while developing. Code execution is accurate and provides quick feedback to developers.

Like many other web app projects, dApps and blockchain programs rely on SQL for easy access to database infrastructure. Given the importance of data in the modern era, ignoring SQL would be a poor choice for a budding blockchain dev.

SQL comes from IBM and allows for the construction of enterprise-level database solutions, even for blockchain.

It can feel like there is a lot to learn when you start learning about blockchains and cryptocurrency. The good news is there are plenty of online resources beginners and developers alike can use to get up to speed.

Here are some of the best ones we found:

For a short course on how businesses can use blockchain, 101 Blockchain’s course does a good job of teaching without asking too much from their students. The five lessons take about 15 minutes each while offering insights on how different businesses use blockchain to increase their efficiency and recordkeeping.

This UC of Berkeley course gives students not just an overview of blockchain concepts, but also specific examples of problems to be solved in blockchain development, such as CAP Theorem and the Byzantine Generals problem.

This Coursera course offered by the University of Buffalo and the State University of New York covers a broad overview of blockchain concepts. In addition to the basic parts of a blockchain project, you’ll cover many of the applications and outcomes that are possible with a blockchain.

This course is also a primer to a couple of advanced courses that delve deeper into blockchain development, including a course all about smart contracts.

For a hands-on approach to building out smart contracts, this Pluralsight course is a free way to go from a clean Windows Image setup to creating smart contracts that track transaction data to the blockchain.

Part of these lessons includes setting up the blockchain dev work environment and learning some of the coding languages necessary to create the smart contracts inside the application.

If you need a more academic course, Pluralsight’s Blockchain Principles and Practices course break down a blockchain’s anatomy, including how transaction data gets stored inside a block. You’ll learn the data hierarchy in a block and how this data strings together to create the blockchain.

The course also covers more advanced concepts, such as using Merkle trees to nest multiple transactions inside a block.

In this course, you’ll learn about some of the foundational concepts of blockchain, such as mining, consensus algorithms, and smart contracts. You’ll also cover how each of these topics relates to using blockchain at the enterprise level.

For practical experience with Ethereum and the Solidity coding language, Udemy offers their free Ethereum Development Course, created by UC Berkley. The course contains almost an hour of lectures and explanations about developing on the Ethereum blockchain.

The course is good for folks new to coding and developers looking to transition to blockchain dev work.

Udemy – Introduction to Cryptocurrencies and Blockchain

Finally, this last course from Udemy focuses less on blockchain architecture or development work and instead explains the idea behind the various cryptocurrencies that exist today.

With the concepts of cryptocurrencies explained, the course then delves into how those currencies play into the transaction process on blockchain projects.

Paid courses will offer a way to dive deeper into a blockchain topic. Many also provide certificates or other ways to prove your proficiency when you finish the course.

Here are some of the better ones we found out there:

This Linux Foundation course covers the ways blockchain changes how tech and enterprise businesses operate. The course asks for two to three hours every week of your time over six months, offering a professional certification of completion when you finish the course.

When you finish, you’ll be able to understand how blockchain can help or harm your business and how the current enterprise blockchain solutions work.

If you want to learn the specifics of how big blockchains like Bitcoin and Ethereum work, this UC Berkeley course covers them. With three to five hours every week for three months, you’ll learn about the difference between different blockchain projects and how they operate. You’ll also learn about regulatory concerns surrounding cryptocurrencies and their anonymity measures.

Not everything is perfect with blockchain, meaning this course from the University of Hong Kong does a great job highlighting some of the problems with distributed ledgers. Criminal activities, distribution problems, and other hiccups with blockchain get covered in this six-week course.

Becoming a blockchain developer means iterating on a new data storage technology that has the potential to change how transactions and data distribution work. With the radical way blockchain could change things up and the immense growth in that sector, blockchain development offers a way for developers to do well for themselves and these projects.

It will take specific skills, coding knowledge, and coursework to transition to blockchain work. But, the benefits to your career and daily work could be worth the upfront time investment.